How I Traded Stagnating SEO Business Into My Remote Dream Job With Upwork: InsightWhale Case Study 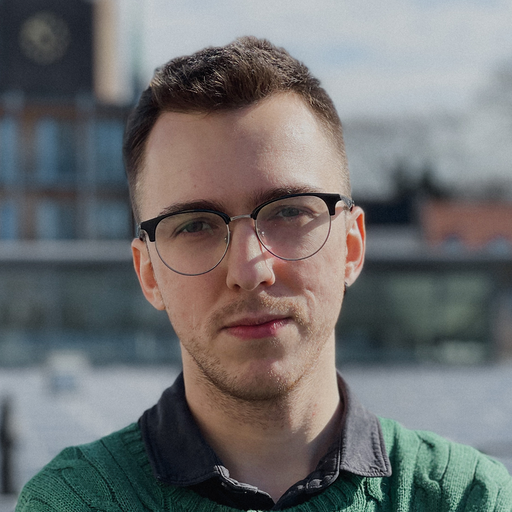 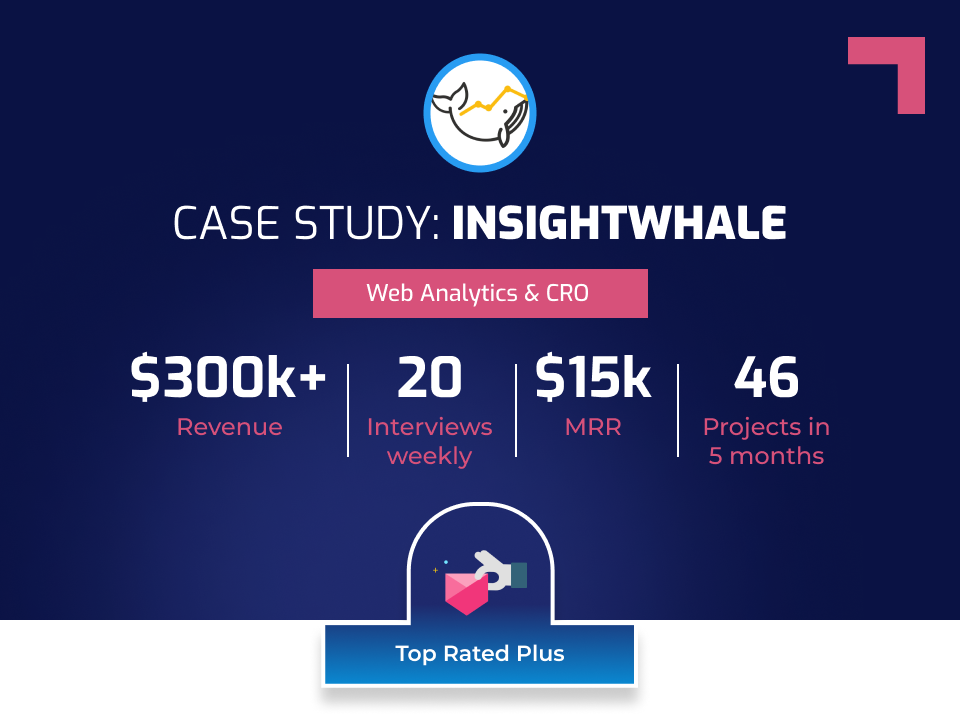 InsightWhale's Upwork journey started in 2014, and just after one year, the company was moving full-speed with $10-15k monthly recurring revenue (MRR) from Upwork alone.

In this case study, we will share the story of Tony Simonovsky - the founder of InsightWhale, and his journey to becoming Top Rated Plus on Upwork.

Tony started his business journey back in 2012 when he left his office job in Moscow and began offering web analytics and CRO services to some of the local clients. At that time, Tony abandoned his life in Russia and began traveling around the world, visiting his dream countries like India and making the motorbike trip across Europe in his first year.

However, the first steps in entrepreneurship were not very bright for Tony. After 2 years of working with Russian-based customers, the Russian currency ruble lost twice its value on currency exchange at that time, with Tony suffering major financial losses and losing many clients. He felt like his business needed a change.

At that time, Tony discovered an online article about freelancing on Upwork (formerly Elance) that attracted his attention.

At the end of 2014, Tony signed up for his Upwork (then Elance) account. Elance was a relatively unknown platform back then, so Tony didn't have many expectations about it - just wanted to try it out.

First projects: from $10/hour we start

Using the tips from Upwork articles, Tony set up his hourly rate to $10 and focused on landing the first couple of projects. As he read in the blogs, getting a few early positive ratings from Upwork clients is the key to a successful start on the platform.

After 1 month of applying to projects and talking to potential customers, Tony received an offer for an "Analytics Ecommerce Tracking" job.

This project was small - took just a few days, and resulted in a "Good Job!" feedback from the client. Off to a good start!

Following this success, Tony closed a few more small projects with positive ratings and started increasing the price for his services.

3-6 months on Upwork: the jumpstart

After successfully completing the first couple of Upwork projects, Tony increased his reputation as a web analytics expert.

He started getting more replies from his cover letters and receiving personal invitations to projects.

This was the point when Tony's career started to shift dramatically.

Between January and May 2015, Tony managed to land 46 new projects on Upwork.

He was extremely happy with this starting experience. What was also pleasantly surprising for Tony is the quality of Upwork projects.

As Tony puts it:

Clients on Upwork are much easier to work with. They usually better understand what they need. I felt such a relief when I switched from working with Russian-speaking customers from the CIS region to international clients from Upwork.

Unsurprisingly, Tony's financial gains also increased. Just after 4 months since the start on Upwork, he raised his hourly rate 5x - from $10 to $50 per hour.

And all that time, he continued traveling and fulfilling the life of his dreams.

Now it was a good moment to think about scaling his business.

After 6 months since the start on Upwork, Tony had a problem - there were too many projects. He couldn't process all the workload alone anymore, so that's when he founded InsightWhale agency and started outsourcing his work.

Tony didn't go too far - he signed up for the Upwork Client account and hired people for 2 critical roles, filling the rest of the positions outside.

He developed clear procedures for doing his work so that even less qualified people can follow the steps and still deliver quality service.

If you know exactly what to do and you only need hands, you can outsource your work easily.

After hiring new employees, the process quickly became streamlined. As a result, InsightWhale was profitable right away and started getting $10,000-15,000 monthly revenue by the end of 2015.

Yet, Tony stayed on top of all projects and made sure every client remained satisfied. For the first 2 years, there was no feedback for less than 5 stars on Tony's Upwork profile.

Here are examples of contracts secured during that time:

But then something changed.

During the 2017-2019 Bitcoin boom, Tony abandoned Upwork to focus on different cryptocurrency marketing projects outside Upwork. But, in the end, the trend was over, and Tony had to find new clients again.

In 2019, he went back on Upwork and used his already proven methods of getting projects and customers.

Within the first 2 weeks, InsightWhale got 4 new clients on Upwork. Among them, a customer who still is working with InsightWhale and brought them more than $100,000+ in revenue.

During his second Upwork appearance, Tony successfully used the same tactics that helped him to kickstart his Upwork career at the beginning.

In 2021, InsightWhale are still using Upwork as their primary sales channel for their business. The agency now receives 20 project invitations per week from passive lead generation.

As Tony puts it:

Upwork is the only platform where you can get new orders and clients consistently. For our niche, there are no alternatives.

1 — Seized the opportunity when it was early.

We started earlier when the market was less saturated (in 2015), boosted the profile, and everything else was easier.

From the beginning, Tony and his team were focused on getting only 5-star reviews. Delivering excellent service that leads to positive reviews is simply the most optimal way to get better projects and clients on Upwork.

Just look at these reviews left by the clients at the beginning of Tony's career.

For getting this early traction on Upwork, you need to be fast and extremely responsive. As some of the clients have urgent problems, they will look to hire someone here and now.

Pay attention to the project turnaround time (1 day). Tony was available at short notice and managed to secure a contract and a positive review.

If we noticed that our profiles were down in rankings, we started applying to jobs more consistently. Then we always went back in rankings and began receiving invitations again.

Do you want to build your career on Upwork?

Increase your Upwork sales with Scalifier

there is even more to see 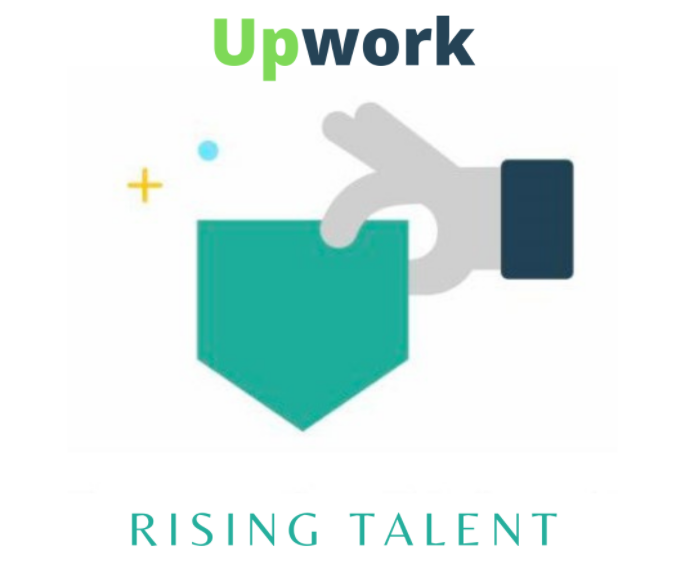 How do we get a Rising Talent Badge in the first week of Profile Boosting: MetaPixel Case Study with Scalifier.

"We had one clear Upwork account, one 2D Animation organization, a few thoughts, and total Scalifier experience. Not that we really wanted all that for a fruitful profile help, however when you get secured in a genuine business contest, the propensity is to push it to the furthest extent that you can" 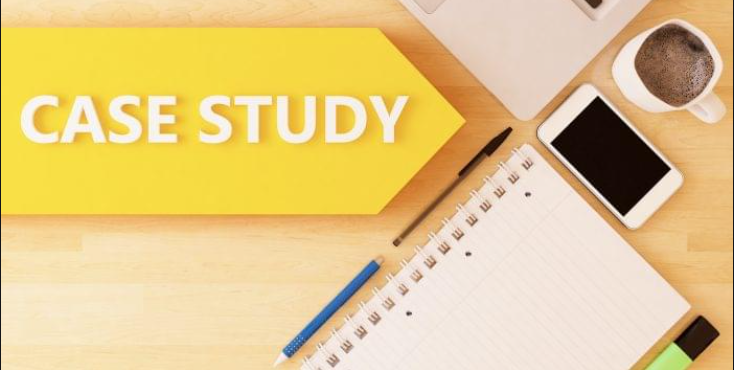 How we boosted profile from $15/hour to $50 per hour : SHO. Digital with Scalifier

SHO is a branding agency that creates projects in a digital environment. They specialize in branding, website building and internet marketing. Their team of specialist carry projects of high complexity. In this case study, we will share the story of Ilya K - the founder of SHO. Digital and his journey of becoming 100% JSS Top Rated freelancer.

How to win a $10k opportunity on Upwork via one proposal?

In Scalifier we love to drive to our customers hottest leads is an almost instant one. Here is a great example of how we got a lead for a web development agency with a specialization in FinTech. 💰 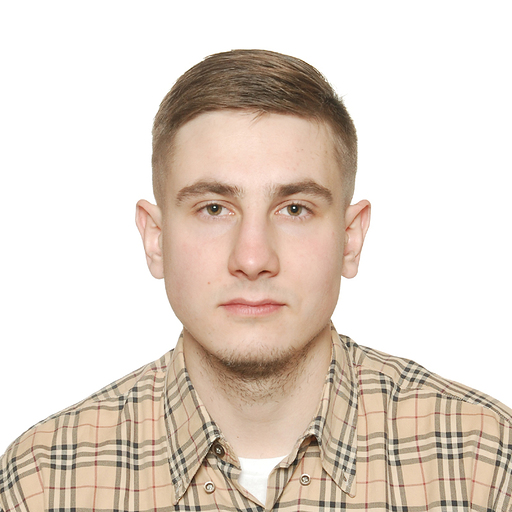 Not ready for a dedicated team?
Try GigRadar
Company
About UsPricingHow it works
Legal
Privacy PolicyTerms of use
Join our online community
Follow us